Clive Carroll Guitarist: “Peerless – no other word for it.” 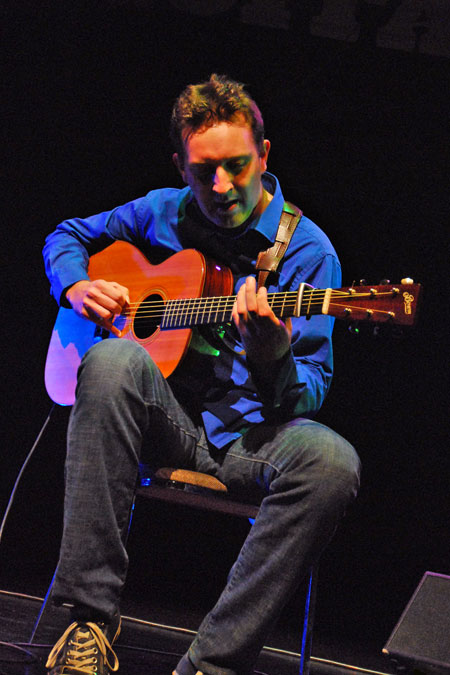 Acoustic guitarist Clive Carroll is among the most popular of our guitarists and is often given glowing reports from the music press. He’s even performed at private functions for Madonna and Jean-Cristophe Novelli.

Clive has released his own albums and his music is regarded as a breath of fresh air in the music world. Having been influenced by traditional Irish, rock, pop and soul as a young man, his sound is one of a contemporary acoustic guitar.

Clive was given the opportunity to play at a gig with UK guitar maestro John Renbourn, who, on hearing him play, immediately suggested that Clive record an album. So one year later, Clive was working away in the studio, recording his first album ‘Sixth Sense’, which was greeted by press and audiences alike as something of a breath of fresh air in acoustic guitar circles. The album’s 2000 release didn’t go unnoticed by mentor and friend John Renbourn, either, because the pair spent the next two years on tour together in Europe and the United States.

After years of travelling with guitar giants Renbourn and Emmanuel, it was time to go solo and so in 2006 Clive embarked on a series of tours under his own name, accepting an invitation to appear at the highly regarded International Guitar Night of America along the way. All the time, the buzz concerning this young virtuoso began to grow ever louder…

9 years on and Clive Carroll has enjoyed a successful career, having performed with and for many musical geniuses, it is fair to say he has become one himself. His album tracks are, in his own words, “associated with a particular person or major event in my life. A few tracks are connected with the joys of being a father, some were written after experiences playing alongside pop stars whilst ‘The Gentle Man’, for example, was written for my late father who is very sadly missed…”

If you are interested in booking Clive or wish to look at our Concerts and Festivals section in greater detail, visit: http://www.findaperformer.net/musicians-for-concerts-and-festivals